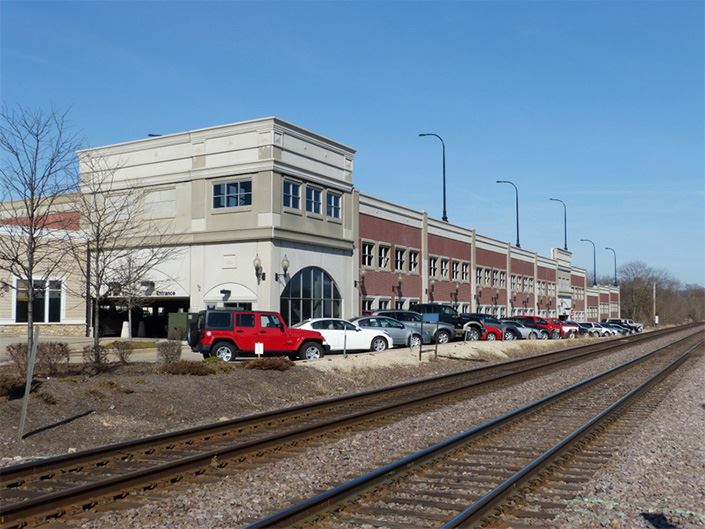 Union Pacific is planning to add a third railroad line on its UP/Metra West Line from Kress Road in West Chicago to Peck Road in Geneva. The 6-mile stretch of new rail is proposed to be set 20 feet south of the current tracks.

The project is anticipated to start during summer 2023. The City is awaiting an official start date for construction, which is expected to take 18-24 months to complete. Union Pacific officials are planning to provide an update to the City in the near future.
The work also will require the temporary closure of the Western Avenue and Third Street grade crossings as well as the Route 31 underpass to traffic. The closures will be staggered so only one crossing will be impacted at a given time.

The improvements are designed to ensure smoother traffic flow and reduce conflicts between commuter and freight trains that share the line. Earlier projects completed by Metra and Union Pacific modernized the signal system and added crossovers to make freight movement more efficient. The West Line third rail expansion will allow 59 Metra trains and 70 freight trains that use the line each day to operate at the same time, which the railroad agencies believe is a critical step to improving the line’s reliability and efficiency.

Union Pacific will be funding the third rail line expansion.

The Route 31 overflow daily fee parking lot, which will be used as a construction staging area, is scheduled to be closed to commuters starting Friday, July 1. The lot will remain unavailable throughout the duration of the project.

To prepare for the loss of about 145 surface parking spaces to accommodate the railroad expansion, the City built a third tier expansion for the Third Street Commuter Parking Deck (180 new spaces) in 2015. The new Fourth Street commuter permit parking lot (91 spaces) also opened in 2016.

Union Pacific gave a presentation to the City Council in 2019. You can view the update on our YouTube Channel.

Follow our "Pardon Our Progress" blog for the latest construction updates regarding the Third Main Line Project.

Project questions can be sent to Metra via email.